At some stage in life sleeping on the top bunk ceases to be exciting and becomes a nuisance. That moment happened quite a while ago for me, but top bunk it was last night. Other than that (and of course the whole only having one bowl for muesli and coffee at breakfast thing), Les Bons Enfants was a lovely place to stay and supper was very good, even if it was beef stew and polenta.

Brunissard is a tiny old compact village with newer houses built apparently randomly in a hay field. A lot of the houses had images of bicycles stuck to them. 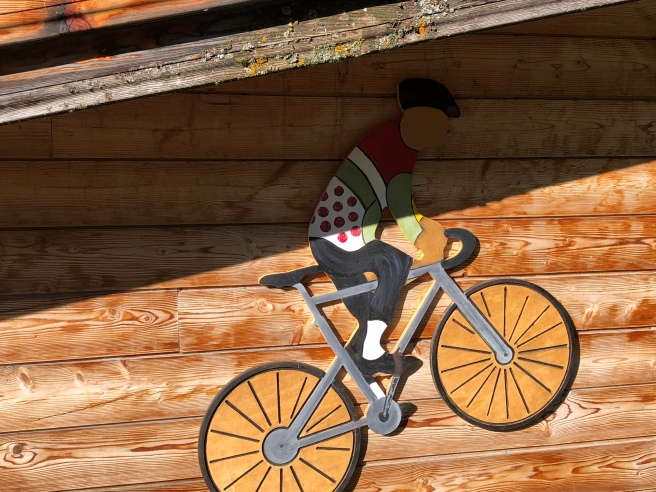 We eventually worked out that the Tour de France is to pass through here next week.

Today was a relatively short walk and weather is back to unbroken sunshine.

After a short walk along the road to the next village, the path took to the trees for the now familiar steep morning climb, but this time it was only for 300 feet or so before the path levelled out (quite frankly other GR5 days could learn something from this one) and we traversed very pretty hillside high above the valley. 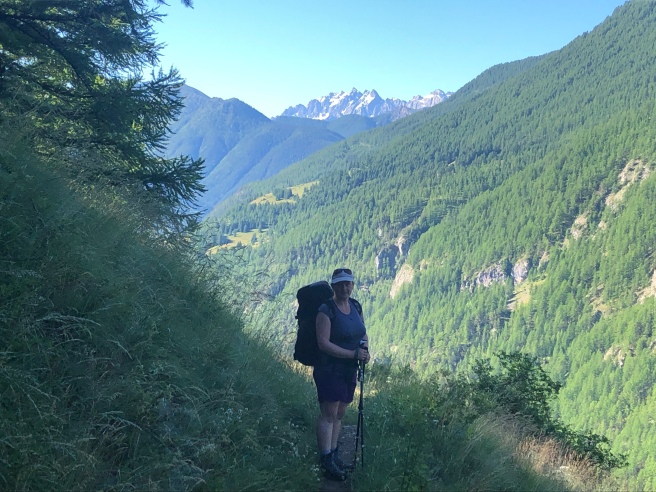 We passed a little lake…

… before beginning a steep descent. Near the bottom we got our first glimpse down to Fort Queyras. 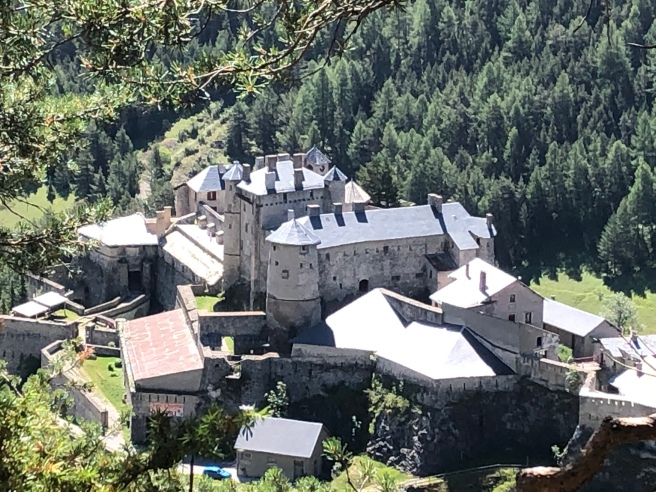 After our picnic we explored the fort, which was a pleasingly unslick touristy experience: a higgledy-piggledy maze of rooms and corridors and stairways, some parts dating from the 13th century but with many 18th century additions and some more in the 1930s. 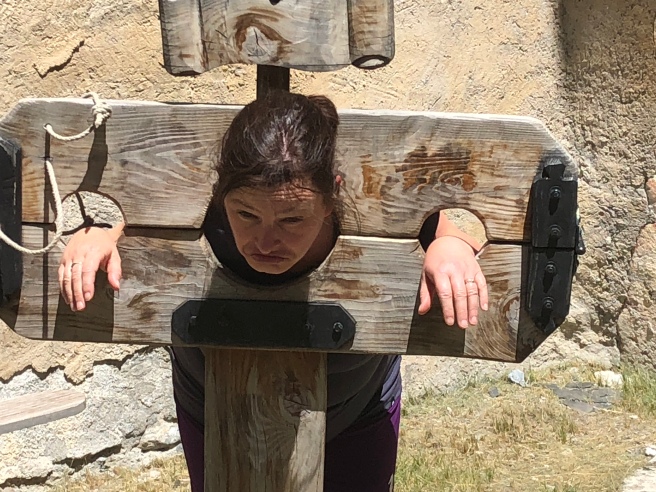 Afterwards we met Alex with his wide staring eyes. He had spent the cold weather yesterday hiding in his tent.

The next accommodation was some way along the GR5, so we have walked 40 minutes up the valley with dozens of grasshoppers leaping away at every step…

…and now we are at the village of Ville-Vieille. Our Dutch friends are here having hitch hiked the last bit, which is fair enough as we’ll have to go back to the Fort to continue tomorrow.