A relaxing day in Briançon, the highest city in France (apparently the French definition of a city is a place with a population of more than 2000). We are at the meeting place of 5 valleys and this place has a lot of military history, and after sorting out some provisions while shops were open, we explored the town with its narrow ridiculously steep cobbled streets. In the upper ramparts there seemed, to us Brits to be a curious lack of signage, handrails, and safety barriers. 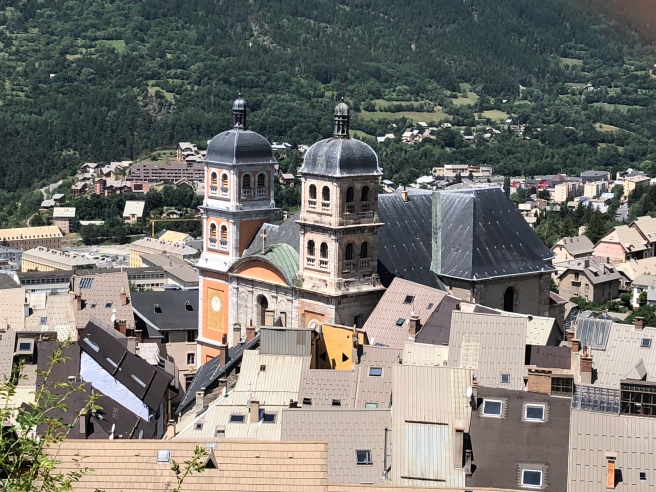 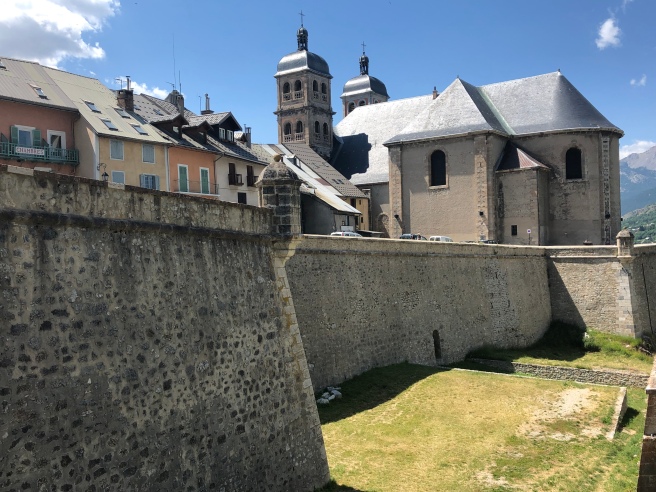 Later we watched the Wimbledon men’s final on an iPad. Neither of us could really see the ball.

Famously, it hardly ever rains in Briançon, which is unusual for the mountains. Rain is forecast for tomorrow though.