The plan for today was to climb to the col de la Vallée Étroite and the go down the other side. Unfortunately the col was inconveniently situated a long way above Valfrejus, far enough for the title of this blog to gain some unintended irony (not for the first time).

We started with a steep and rather hot ascent through thick forest, wondering whether this was a sensible way to spend one’s summer holiday. We passed an imposing 20th century military fort and two sets of hydroelectric workings.

Eventually the large trees gave way to smaller ones, which in turn gave way to open mountainside carpeted with flowers. 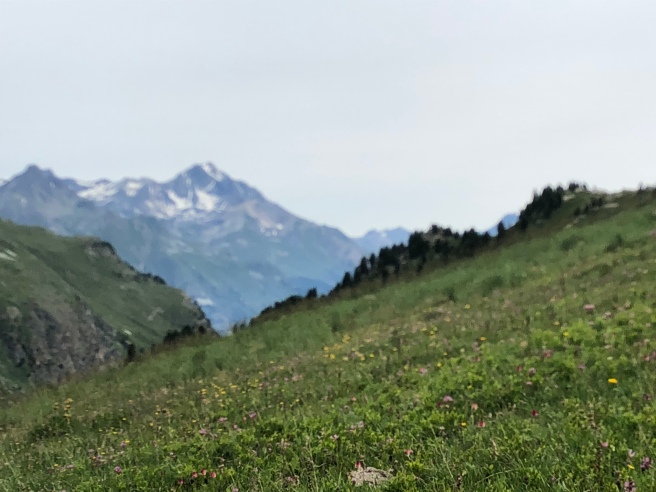 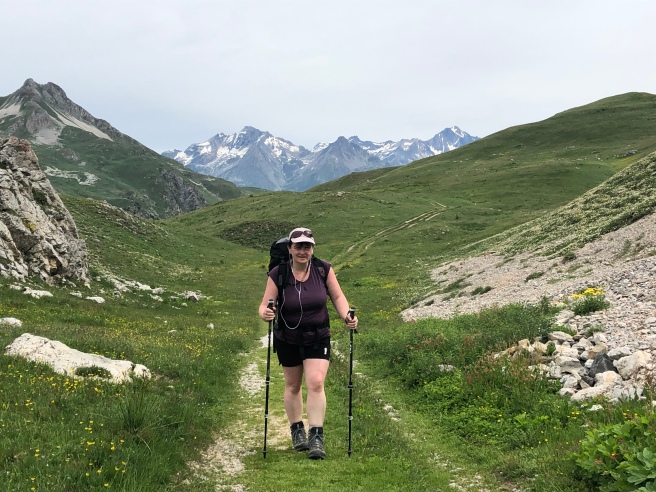 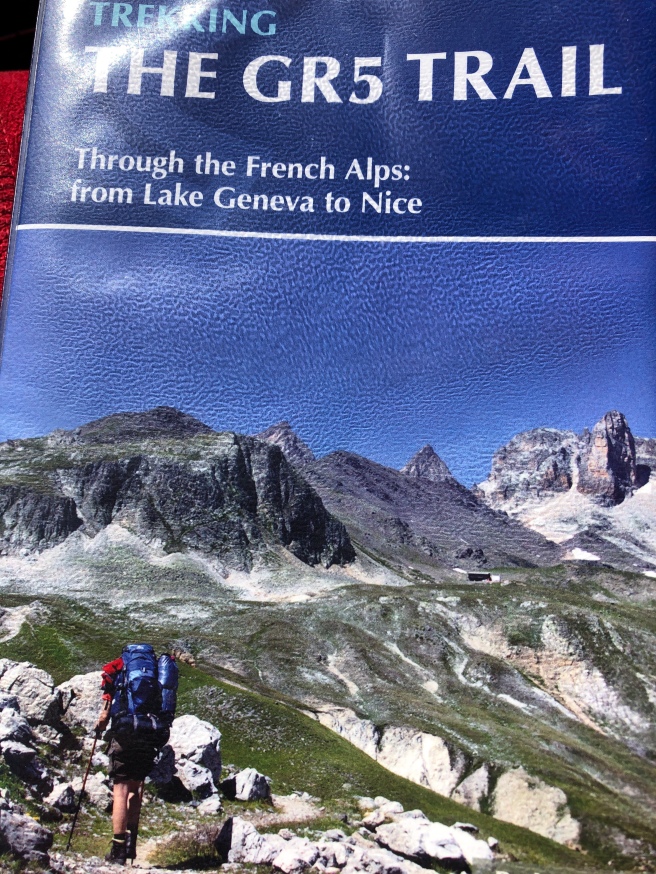 The scenery lifted the spirits and a thoroughly enjoyable traverse led to the col, which was gained very easily without the normal final steep bit. 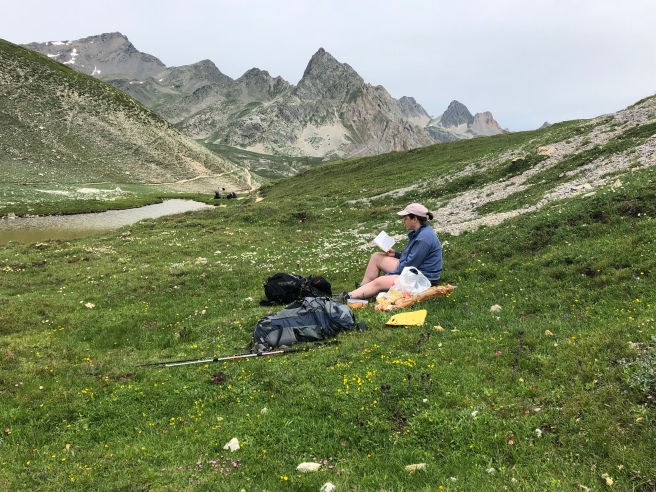 An extremely attractive path led down the other side. The descent, which was not as big as the ascent, was pretty easy for the most part, but there were 2 or 3 sections which were steep and loose. The scenery was spectacular with flowers and a river and pools and boulders in the valley, and crazy gothic rock architecture in the mountains.

It was a day of strangely grey skies, but no rain.

La Vallée Étroite was in Italy until the 2nd world war. It is now in France, but nobody seems to have told the people who live here and Italian is the language of choice.

We are staying at the refuge I Re Magi, situated in a tiny hamlet, which I think is in a hanging valley above the main valley. The magi are the 3 mountains towering above us: Pointe Balthazar, Pointe Melchior and Pointe Gaspard.